Dubai came from seemingly nowhere, to being one of the hottest tourist destinations in the region, and famous throughout the world. The most populous city in the United Arab Emirates (UAE), the centre also boasts a wide range of tourist attractions, notable architecture, a a great record of safety for tourists.

Dubai is also very much a Muslim area, and so there are expected codes of behaviour – especially during a religious holiday like Ramadan.

Ramadan is an annual practice of Islam, and lasts for one month. During Ramadan, Muslims do not eat food, drink liquids, smoke, or have sex during the hours between dawn and sunset. It is a particularly strict fast, but only during those hours.

The only people commonly excused from this are the acutely ill, pregnant women, and diabetics, though in some circles even these are expected to fast just as other people do.

The purpose of Ramadan is to practice discipline, bringing the mind into focus on God and holy thoughts. By abstaining from the pleasures of the body, attention can centre on the state of the soul.

The beginning of Ramadan is calculated by the phase of the moon in the ninth month of the Islamic calendar, which occurs around late April to late May, but can vary by a couple of weeks. 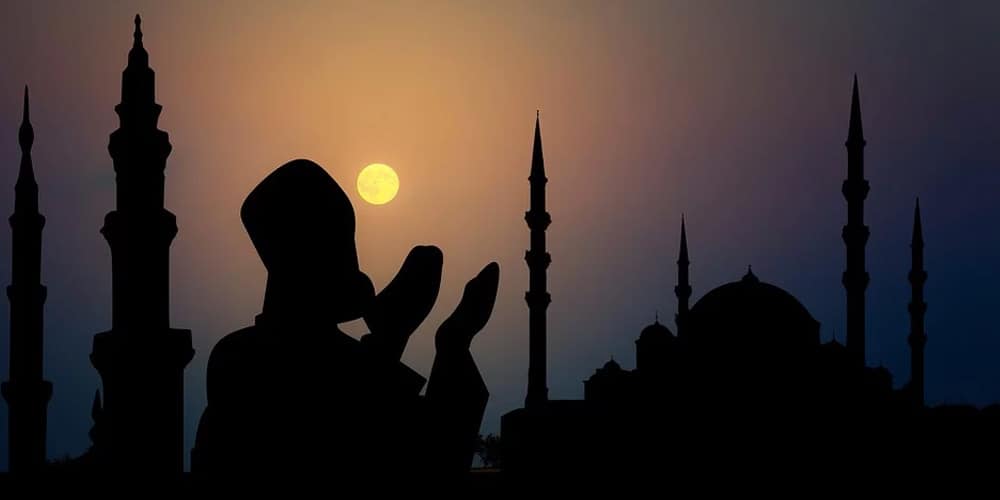 Ramadan in Dubai for tourists

You may think that non-Muslims who visit Dubai during Ramadan are exempt from following the rules, but this is not the expectation. When in public, at least, you will be expected to act as the Muslims do, abstaining from all food, drink, and smoking.

When you are in the private confines of your room, you can do what you want with regard to eating, drinking, and so on. Muslims in the area do expect visitors to follow the rules when in public though, and some of them can be quite forceful about this. Before getting too offended, remember that you are a visitor there, and did choose to come during Ramadan, so an effort toward harmony is a reasonable concession.

Of course, if you are not a Muslim, you will want to take steps to live as comfortably as you can, without offending your host country. This is best done by preparing a little beforehand.

Muslims will drink a lot of water and eat a hearty meal before sunrise, and again just after sunset, but your preparation doesn’t have to involve an early morning if you don’t want it to. Here are a few tips.

Stock your room with water and tuck a small bottle inconspicuously into a purse or similar bag if you are going out. It might not be as much as you’d like in the hot conditions, but it will take the edge off of a strong thirst if need be.

Be discreet when you drink it though. Do so in an empty room, a bathroom stall, or other private space where you won’t offend a practising resident.

Another strategy is to take breaks in your room between attractions or meetings. During these breaks you can fully hydrate.

Food can also be stocked up in your room. Visit a grocery store and buy a few boxes of breakfast biscuits, some sandwiches if you have fridge space, and other snacks that will keep in normal room conditions. Even if you don’t have a good storage option, you can buy food in a grocery store during the day, as long as you are sure to consume it in private.

Snacks are hard to consume discreetly when out and about – no one likes the thought of downing a sandwich in a toilet stall, and the crinkling of wrappers will be a sure giveaway to anyone within earshot. A good option is a drinkable yogurt or meal replacement drink, like Boost or Ensure.

The best option though, is to plan a break in your room around lunch time, to make sure you get a full meal in and have the energy to enjoy your stay. Your hotel may even have a special food service, in a discreet area, for those guests who want one.

At no time, during Ramadan or otherwise, is it permitted to drink alcohol in public in Dubai. Drunken behaviour is illegal too, so take care if you like to drink to excess.

There are concessions, however, and some hotel bars provide alcohol in moderation. It is appropriate to ask the concierge about your particular hotel, but it is probably best to find out from your travel agent or contact the hotel before booking if this is a service you want to include in your stay.

As in most areas, recreational drug possession and use is illegal, and consequences in the Middle East can be very severe. 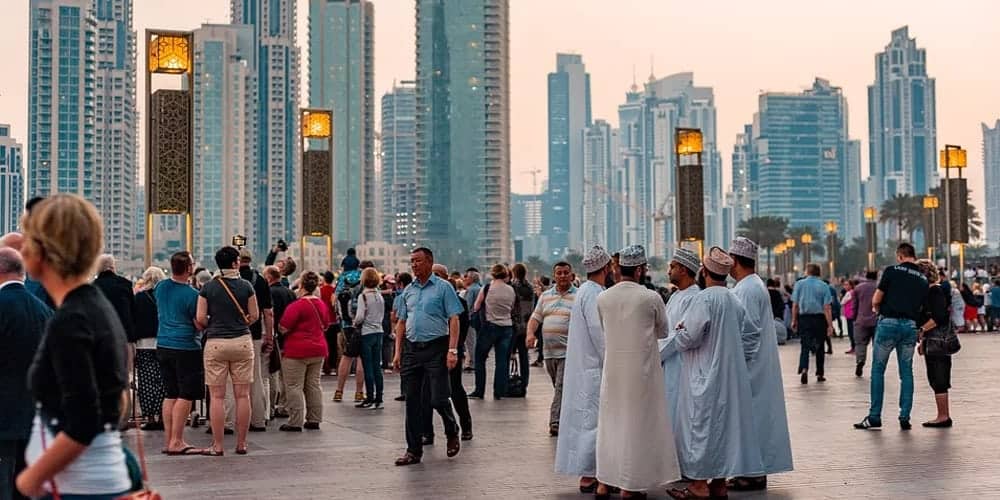 Don’t be boisterous or loud when out in public. Dancing, singing, playing music out loud, and swearing are all considered inappropriate during the daylight hours. Don’t worry though, pent up energy released once the sun goes down, with most people meeting up for food, drink, and many of those things that were forbidden during the day.

You can still wear shorts and bathing suits around the pool, have a swim, and enjoy the place, but it should be done with a more subdued energy level than it would be normally, and always with a mind for respecting those who are in the midst of a cherished religious experience.

Attractions may still be open, but will often have limited hours. Keep in mind that being out in the sun for extended periods can bring on dehydration, and you’ll need to return to a private space to take on more water.

Beaches are popular even during Ramadan, and though swim wear is accepted right at the beach, remember to cover up as you leave, keeping your appearance more modest during other times and in other areas.

Many malls have special late-night Ramadan shopping, and this can be a lot of fun. People are in good spirits, having had a day of contemplation, followed by the freedom of eating, drinking, and being more expressive after sunset. All of this makes for a lively, interesting vibe in gathering places. There can be some excellent sales too.

Late night meals are popular too, with many restaurants holding extended hours during Ramadan. You’ll enjoy an atmosphere of feasting and joy that is less common during other times of the year. Restaurateurs know that people haven’t been eating throughout the day, and lay on extra-special spreads to compensate and draw in those hungry patrons.

There are clubs and parties in Dubai, and many do sell alcohol. There is a strict over-21 drinking policy, and of course remember that drunken behaviour is not allowed and can result in fines or arrest.

Make sure to dress smart-casual, especially if you are a man. Women can wear almost anything to clubs, but men wearing jeans, flip-flops, or other very casual attire may be turned away at the door. This is true all year, not just at Ramadan.

During Ramadan, Suhoor, the pre-dawn feast, is generally served in hotels between the hours of 1am and 4am, so if you’re up for some food in the wee hours, take advantage of this aspect of Ramadan and have a hearty, quality meal before the sun rises. 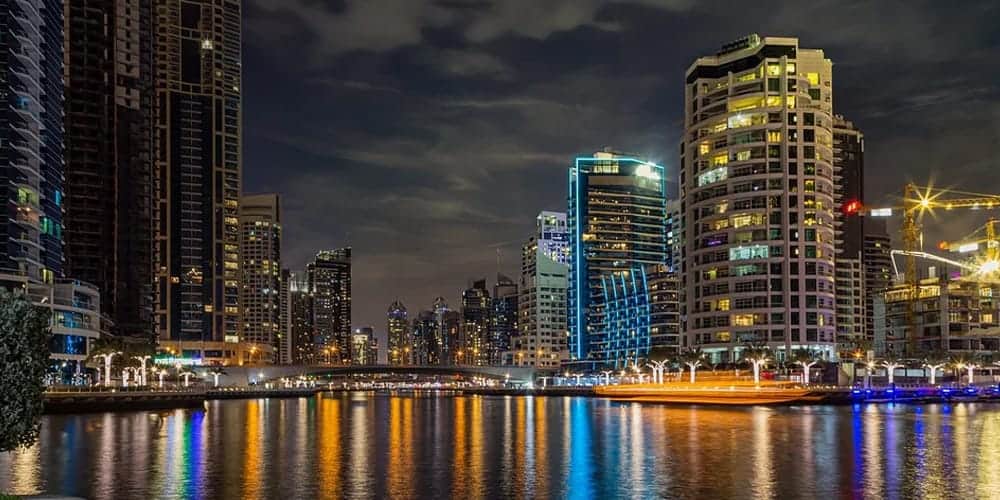 It’s all about respect

Most Muslims don’t expect non-Muslims to follow all of the rules, but they do expect a public appearance of doing so. This isn’t about hypocrisy, but more about respecting those who are observing Ramadan. It’s difficult to fast from water in the desert if some tourist is guzzling down Avion like a thirsty camel.

Your behaviour should be about one thing: respect. Respect the people. Respect their holiday. Respect their customs. Treat them and their culture the way you would want you and your culture to be respected in your own home city and country. Do that, and you won’t likely go far astray.

Make the most of it…

Ramadan doesn’t have to be an inconvenience to tourists. In fact, many tourists take advantage of this by adjusting the usual use of daylight hours. Go out a bit in the morning, then return to your room for an extended lunch, a nap, and hydrate in the cool air-conditioned spaces – then head out for an hour or two before sunset, capping off the evening with some shopping and a post- sunset meal.

You might even want to try a day or two of taking part in the fast. If your health allows it, it can be an enriching cultural experience, and can add a higher level of anticipation and joy as sunset draws near and you can truly take part in the celebration of the daily release from the fast.

Why not give it a try? You might find Ramadan becomes a highlight of your trip to one of the Middle East’s most popular and interesting cities.