3 Croatian Island you can’t miss – and why

There are more than 1,000 islands off the coast of Croatia. Some uninhabited; others lonely lighthouse posts; and others still dotted with towns and villages brimming with history and culture. All, however, are spectacular in their own individual right. Here are three remarkable islands that will make you wish you could see them all: 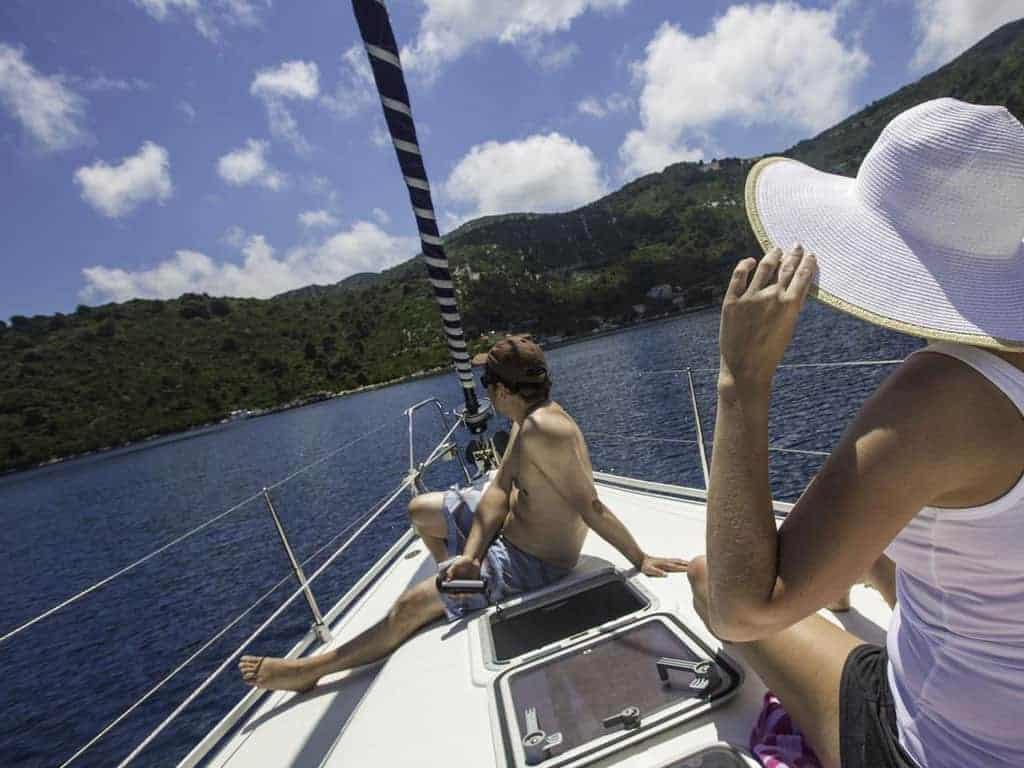 An island blanketed in lush Mediterranean forest interspersed with jewel-toned lakes of green and blue, makes for an outdoor lover’s dream. Much of the island is now designated a national park, offering great hiking trails, bike rentals, and quiet swimming spots.

There’s something for literary buffs, too: It is said that Odysseus made landfall on the island, and was seduced by the beautiful Calypso in a spot now known as Odysseus’ cave.

Once referred to as Honey Island by the Greeks, Mljet was later known as Snake Island due to a prolific serpent population. An abundance of Asian mongoose now roam the island, having been introduced in 1910 as a way to rid Mljet of viper snakes.

Surrounded by the salt waters of the island’s large lake, Veliko Jezero, sits the picturesque 12th century Benedictine monastery of St Mary. The ferry can be a bit of a wait, but visitors will surely find it’s worth it for serene views of the lake, as they wander this gothic-style property, which offers a glimpse into the peaceful solitude that the initial inhabitants must have enjoyed. A bonus: there are donkeys! 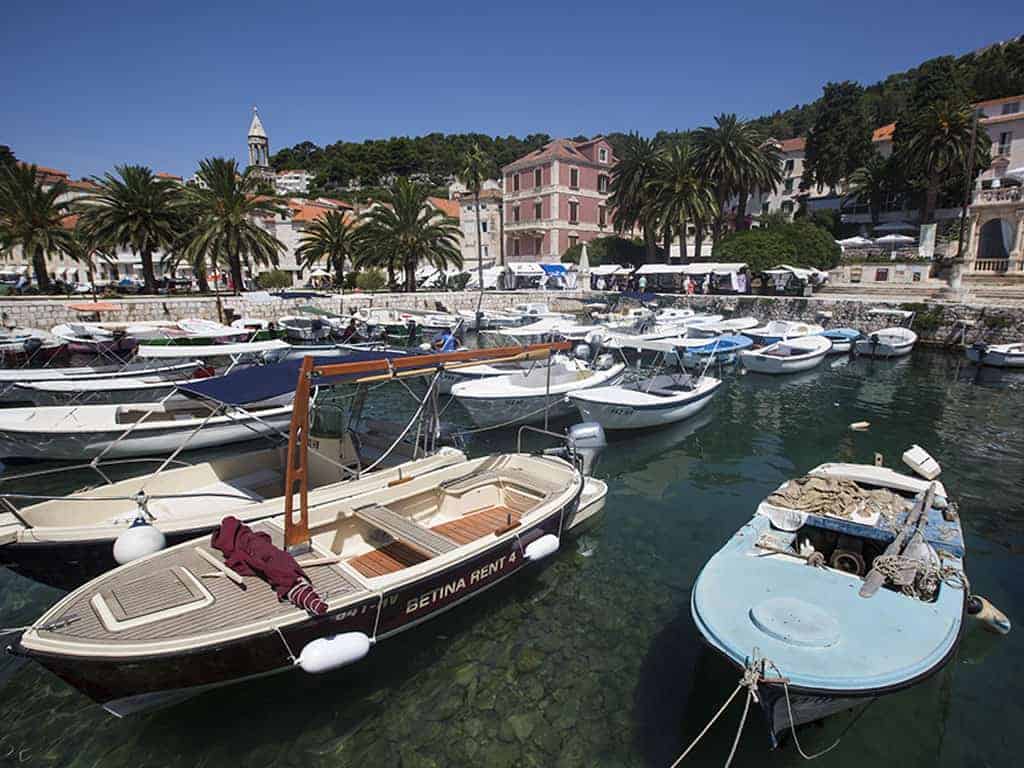 A favourite amongst yachters and celebrities is glitzy Hvar, which boasts many top-of-the-line restaurants, great shopping, and a busy port. Looming in the distance, perched high atop a hill, is a 13th century fortress, which delivers a bird’s-eye view of the area. It’s also equipped with cannons and a menacing, medieval-era cliff-side prison worthy of exploring.

Located on the other side of the island is one of the oldest settlements in Europe, the lesser-populated Stari Grad (or “old town”). It was once inhabited by ancient Greeks, then later Romans, and ornate, ancient mosaic floors have been unearthed around the town, along with many other interesting Greco-Roman artifacts.

Although many of these floors have since been covered over in an attempt to protect them, it’s still inspiring to know they lay hidden beneath your feet. With many of the buildings built in the middle ages that are still in use today, you cannot help but become engulfed in Hvar’s rich history.

Stari Grad was also home to the famous 16th century poet, Petar Hektorovic, whose estate is definitely a highlight. It features a classical Renaissance garden, which is said to have inspired many of his poetic works. The estate also includes a fishpond, cloisters, and an array of exotic plant species. Strolling through this little piece of jasmine-infused heaven will melt away time itself. 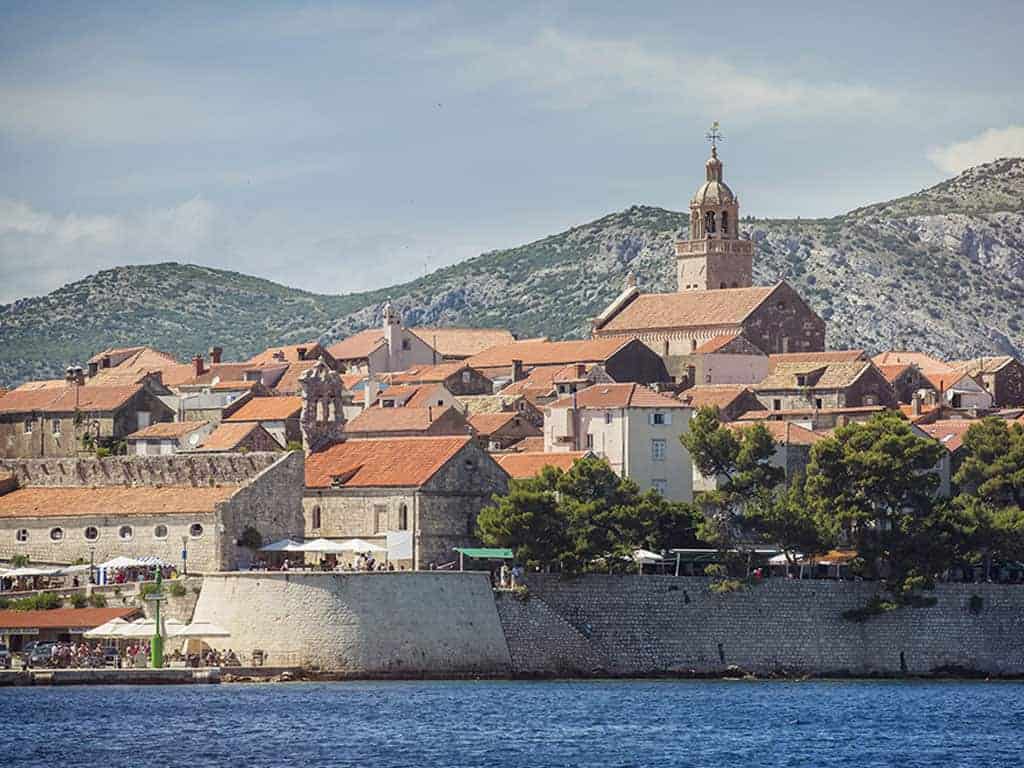 Known for its many beaches, a seaside you’ll never want to leave, and Moreska dancing (a type of local sword dance), this island is best recognized by its main town — also called Korcula (nicknamed “Little Dubrovnik”) — a fortified medieval community worthy of any storybook tale.

Built to manipulate the amount of sizzling Adriatic sun and often fierce sea winds that move through the area, the town’s layout resembles a herringbone, with tightly wound laneways falling to either side of the main corridor, resulting in a temperate environment. Now that’s some crafty medieval ingenuity!

Mount a pair of grand steps to enter through the town’s main gate and you’ll find yourself among tightly grouped medieval and renaissance buildings, churches, and squares that are almost too picturesque to be real. Nestled amongst the extraordinary architecture are famous landmarks such as the Cathedral of St. Mark’s, and the (disputed) house of Marco Polo.

With so much to offer, and a dizzying array of experiences awaiting for any type of traveller, Croatia’s Dalmatian coast is the type of place you’ll dream of returning to over and over again.

If you’re feeling inspired and would like more information on our adventure travel packages, please call 01730 711010 to speak to one of our experts or contact us online