Flying-V Model Takes to the Skies 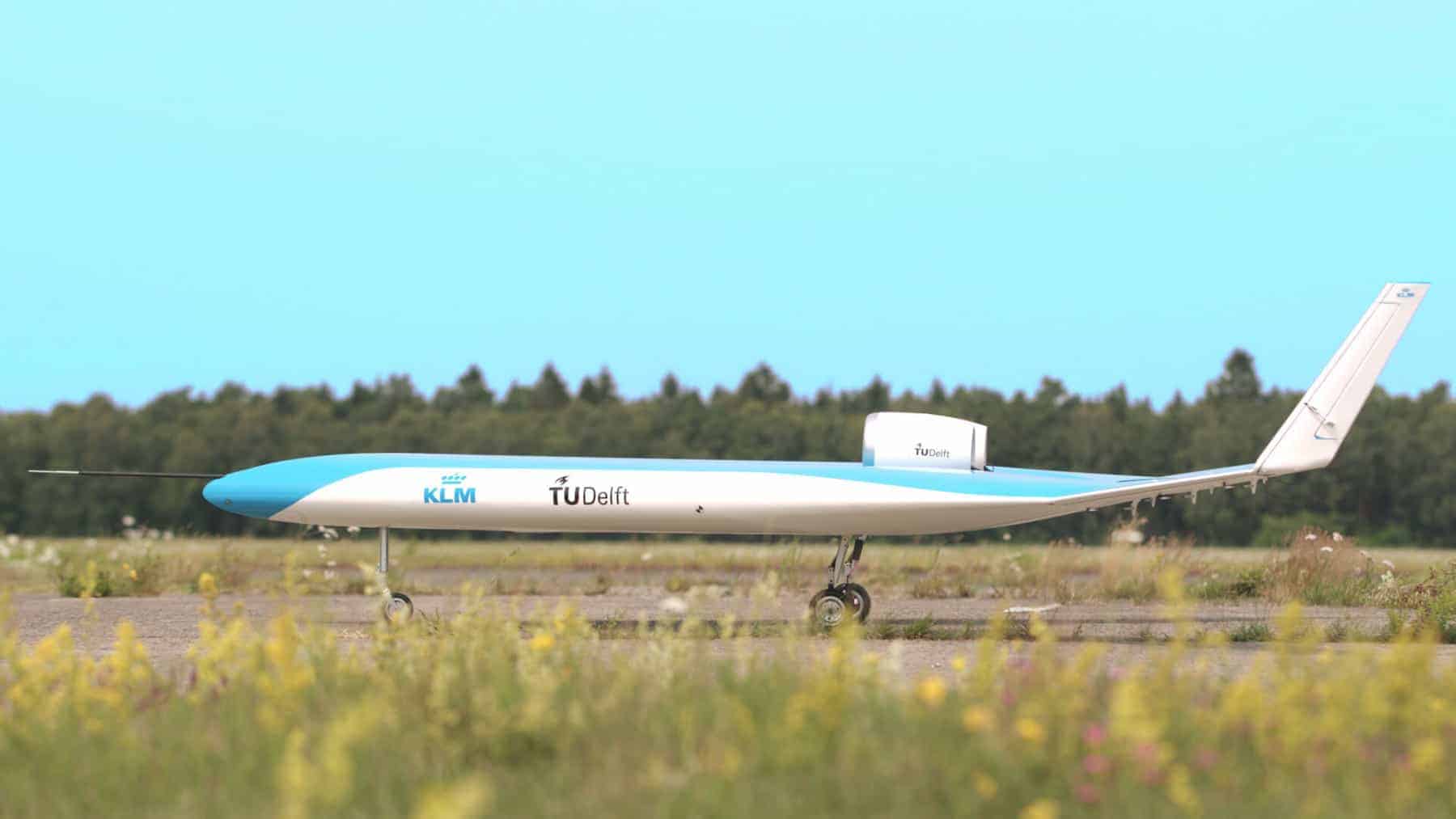 The possible plane of the future is one step nearer with the successful launch of a scale model Flying-V in August.

The revolutionary plane, conceived by Justus Benad while he was a student at the Technical University of Berlin, incorporates passenger cabin, fuel tanks and cargo hold in its wings creating a revolutionary v-shape.

It is estimated that the fuel efficient plane, which is particularly effective on long-haul flights, will reduce fuel consumption by up to 20 percent.

The project, a collaboration between the airline KLM and the Delft University of Technology (TU Delft) in the Netherlands, was announced in 2019. Since then extensive testing has taken place in order to get to the stage where the model replica of the Flying-V could be flown.

“We were very curious about the flight characteristics of the Flying-V. The design fits within our Fly Responsibly initiative, which stands for everything we are doing and will do to improve our sustainability,” said Pieter Elbers, President and CEO of KLM.

“We want a sustainable future for aviation and innovation is part of that. KLM has been among the top three most sustainable airlines worldwide in the Dow Jones Sustainability Index for many years. We want to continue to do so in the future. We are therefore very proud that we have been able to achieve this together in such a short period of time.”

The test flight proved a success, as can be seen in this video, although it did have something of a bumpy landing, which is usual when using model planes, apparently.

Malcolm Brown, TU Delft chief engineer for the Flying-V testing programme, said, “It’s been two years of intense stressful work to reach this moment. And then, to have it confirmed that it flies, all of that hard work, it was worth putting in all of the hours making sure everything’s correct and built properly, built accurately, and it pays off.”

According to Elbers, the project is very much a collaboration.

“You can’t make the aviation sector more sustainable on your own, but you have to do it together,” said Elbers.

Airbus is one of the several partners involved in the project.

“Collaborating with partners and sharing knowledge takes us all further. That’s why we will further develop the Flying-V concept with all partners.

“The next step will be to fly the Flying V on sustainable fuel.”

However, if you are hoping to hop on a V-plane any time soon, best not hold your breath, as commercial flights are not expected to take off until 2040 at the earliest.