Menu
Home / Leisure Blog / The best things to do in Borneo

The best things to do in Borneo

While Borneo is not the first thing people think of when they think of Malaysia, it should be: This island of wonder deserves a lot more attention from seasoned travellers than its peninsular cousin. A journey to Borneo brings you close to some of the most fascinating flora and fauna in the world — in the company of some of the most welcoming people. Here are 10 things to do on your first trip to the region: 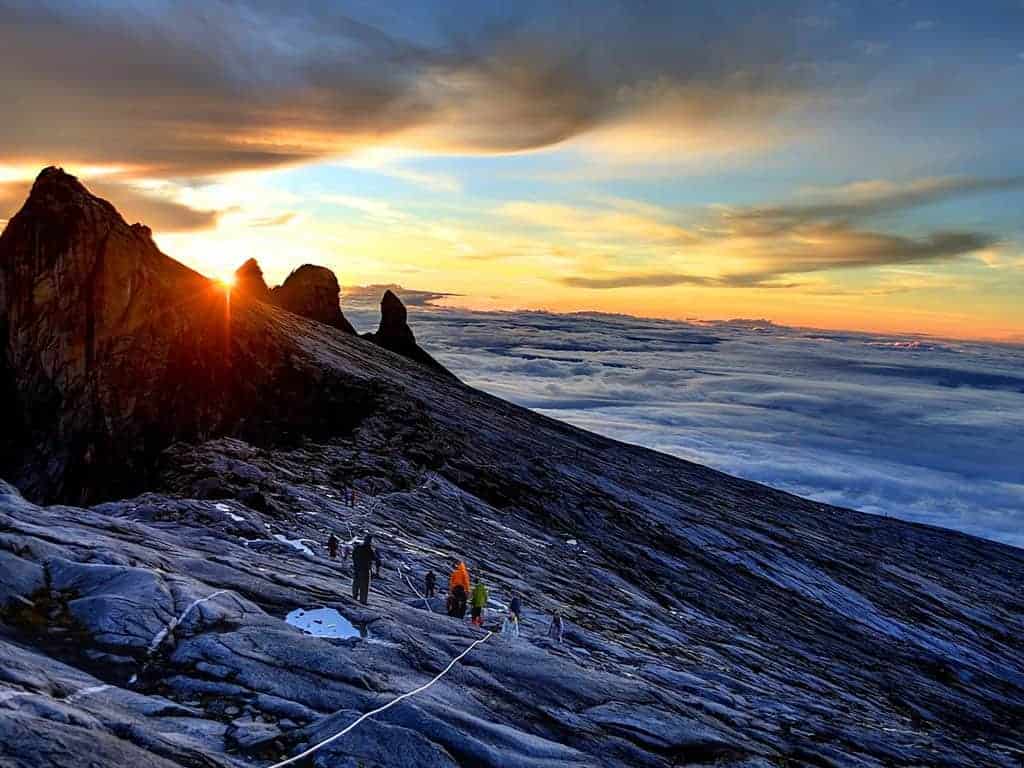 1. Visit Kota Kinabalu city (where G Adventures starts and ends most of our tours). It’s a cool little metropolis whose proximity to many beaches and to Mt Kinabalu makes it an ideal starting point for travellers. Spend your time in the city by going to the street markets, strolling along the vibrant waterfront, and indulging in plenty of fresh seafood.

2. Hike up to the summit of Mt Kinabalu, the highest mountain in Malaysia. The mountain is a revered place of the dead, and is supposedly protected by the spirits of the locals’ ancestors. It is no easy feat to hike up the mountain, but the views from the summit are well worth it. To protect the paths from overuse, the government has strict rules and regulations about who can climb the mountain and how many can climb per day.

3. Learn about the history. The story of Borneo is an extremely interesting and intricate tapestry of human trade and exploration. After centuries as an important trading post for the Indian and Chinese, it later came under Dutch and British control. Present-day Borneo belongs to Malaysia, but the states of Sarawak and Sabah, which are located on Borneo, are independent.

4. Visit a mud volcano. Palau Tiga was formed as part of a volcanic eruption, and the island is home to myriad mud volcanoes. A visit is an absolute must: you can soak in the mineral-rich muds, which are reputed to have skin-beautifying properties. Besides the beautiful beaches on the island, you can also visit the nearby Snake Island (very appropriately named) and Sand Island (also appropriately named). For TV buffs (see what I did there?), Borneo holds appeal as the location of the first season of Survivor.

5. Meet the people of Sabah at Tambatuon village, and hunt for durian in the wild.Through a hands-on cooking class with locals, you can learn to make the simple but flavourful cuisine of Sabah. The dishes come from Sabah’s Indigenous roots, and are influenced by Chinese cuisine, due to a long trading relationship with Sabah.

6. Spot an orangutan. While a sighting of an orangutan in never guaranteed, the likelihood of seeing one increases when visiting the Sepilok Orangutan Rehabilitation Centre. Orangutans are critically endangered and they continue to be threatened in Borneo, as their habitat is encroached upon by the palm oil industry. They are also poached for the illegal pet trade. Known to the Indigenous people of Borneo as “people of the forest,” orangutans play a vital role in the health of the country’s natural ecosystems.

7. Visit Mulu National Park. It’s a UNESCO World Heritage site, protected for its extensive cave systems and karst rock formations, and is home to a rich equatorial forest. The cave systems at Mulu are incredibly impressive; they are already thought to contain the largest cave in the world (by volume). Exploring the caves gives you a real sense of adventure as you try and avoid all the bats flying overhead (and guano — a.k.a. bat poop — lying underfoot).

8. Embark on a hike of the Headhunter’s Trails. Headhunting was a practice for several warring Indigenous tribes in Sarawak, the Iban people in particular. The practice was not so much a way to conquer enemies: The ritual of headhunting stemmed from spiritual beliefs that involved absorbing the characters of the deceased person. Following along the original headhunter’s trail, one gets a deep sense of the remote lifestyle of Borneo’s Indigenous people.

9. Stay at an Iban Longhouse. The Iban people of Sarawak live together in large family units in a longhouse (quite literally, a long house). Being welcomed into the familial atmosphere gives one a unique look at the lives of this group of Indigenous people in Sarawak. The families are extremely welcoming, and will go to great lengths to envelop you in their culture. Spending the night at a longhouse, surrounded by people, roosters, cats, and a multitude of other animals gives you a sense of being part of the family. But don’t go there without a present: it’s customary to present the Iban people with gifts of food when asking for shelter.

If you’re feeling inspired and would like more information on our adventure travel packages, please call 01730 711010 to speak to one of our experts or contact us online