The second largest country in the world yet with a population just over half of that of the UK, Canada is noted for its vast open spaces – and the friendliness of its people.

Tailor Made & Escorted Tours to Canada

Unsurprisingly for such a vast country, Canada is blessed with an incomparable natural beauty steeped with national parks and great lakes. The terrain is varied. The west of the country is dominated by the Rocky Mountains (the Rockies) that stretch up from the US border to Alaska. Ideal for trekking or bike riding, or if you like you Canada holidays a bit less energetic, then you can always go on a magnificent train ride.

The centre of the country flattens out into the wilderness of the Prairies. Settlements become more scattered as you venture closer to the Arctic Circle, where polar bears lurk. While towards the west of the country lie some of its first settlements along the Atlantic Coast.

Although you may associate Canada with the wilds, it is also a modern country with appealing cities. Vancouver always features on the list of best cities to live, while Toronto, so close to the Niagara Falls, and Quebec, capital of the French community are equally attractive in their own right.

No wonder therefore that the country has in recent years seen an emergence of a strong culinary and craft beer scene, which is sure to appeal, as well as a distinctive arts and cultural movement.

Vast open spaces, incredible nature, some of the most dramatic scenery in the world, modern cultural cities and welcoming people. What is not to like in Canada? Is it time for you to book your Canada travel? 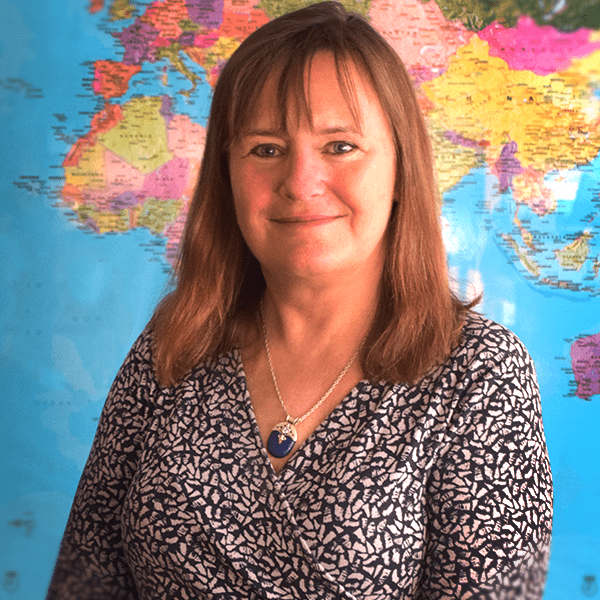 One of the most popular Canada tours is to travel across the country by train. This allows you to discover much of what the country has to offer in luxury. Vancouver makes a good starting off point for your rail discovery of Canada. You can even take in a bit of whale spotting or perhaps indulge in some of the cities’ wonderful cosmopolitan cuisine while waiting for your train to depart. After that, watch the spectacular beauty of the Rockies unfold before you as you travel to Kamloops, and through the mountains to spectacular Banff National Park. Make sure you keep your eyes open for wildlife as you pass though Canada’s very own National Geographic. If you wish, you can continue your Canada travel by train across to Toronto, and then enjoy the Niagara Falls.

Another Canada travel experience that will live with you forever is seeing the Northern Lights. One of the best places to watch these is the town of Churchill in Manitoba, although the Northern Lights only appear in the more winter months approximately between October and March.

If you really want to experience the Canadian wilderness, then Yukon makes for a great – and vast – province to visit. Roughly the size of France, Yukon has an enormous range of wildlife to see, as well as amazing lakes, mountains and fauna. You could even drive along the 750 kilometres long Dempster Highway, the only public road in America across the Arctic Circle.

For The ultimate Canada travel experience, you can always go on literally a once in a lifetime exploration of the Canadian High Arctic in Spring, watching polar bears emerge from their winter hideaway with their new-born cubs, as well as witnessing the amazing Northern Lights. Truly a spectacular experience.

Here is a selection of our most popular tours.
These tours are to get your creative juices flowing, but if you already have a tour in mind, we would love to help tailor make your dream holiday.

Visit the vibrant cities of Toronto, Ottawa and Montreal, and get under their skin on one of our private guided walking tours. Climbing the CN Tower, getting drenched at Niagara Falls, cruising St Lawrence River's 1000 islands at Gananoque and exploring the historic ramparts of Old Quebec City.

'Beautiful British Columbia' proclaim the number plates, and for once without hyperbole. Sensational wildlife regularly presents itself amidst a backdrop of rugged scenery. Whales and bears are the big draw picture cards but other players like elk and beaver ensure a truly authentic encounter.

From the dramatic Pacific Ocean setting of Vancouver, to the laid-back city of Toronto, this incredible adventure takes us across Canada by rail, in style and comfort onboard the iconic Rocky Mountaineer and The Canadian, two of the world's greatest journeys.

Straddling the border between the US and Canada, Niagara Falls is a once-in-a-lifetime experience that should be on anyone’s travel bucket list. Although only measuring just over 50 metres in height, Niagara consists of three falls, which in total spue out an estimated 3,160 tonnes of water each second. You can take a boat beneath the Niagara Falls or for those with no fear of height a zipline for a bird’s eye view.

Although many choose to see Niagara Falls from the US side, it is equally accessible from the Canadian province of Ontario. Toronto is the province’s capital and major cultural centre, with its Art Gallery of Ontario a stand-out attraction. It also has the monumental CN Tower with its 360-degree city view.

The alternative Canada tours pairing to Niagara and Toronto, is Vancouver and the Rockies. Set on the Pacific Coast, Vancouver is possibly the most cosmopolitan city in Canada, with a wonderful culinary and cocktail scene to match. With beaches, Stanley Park – which is larger than New York’s Central Park – and skiing nearby, Vancouver really is a destination for all seasons. It is also a wonderful starting point for your travel through the Rockies (see Canada Experiences below).

Those wishing to experience the French side of Canada should visit ether Quebec or Montreal. Two fascinating cities with a rich history and enough cultural attractions to keep you busy. Or if you wish to explore another side of Canada, then venture to the little explored Atlantic Coast. This has a coastline to rival the Pacific, and an incomparable charm, dotted with fascinating lighthouses and travellers’ tales as well as the remoteness of Newfoundland.

When To Visit Canada

Unsurprisingly for such a vast country climate varies considerably depending upon where you are. As a rough rule of thumb it is safe to say that coastal parts have milder winters and cooler summers than inland.

The winter months (November to March) sees sub-zero temperatures across the country, with the exception of the milder Pacific coast. However, skies tend to be clear at this time of year, which allows you the possibility of seeing the Northern Lights (Aurora Borealis). Also, all towns and cities in Canada are geared up to extreme weather, with indoor malls and covered walkways the norm. There is also great skiing and winter sports in Canada at this time with resorts such as Whistler drawing tourists from all over North America.

Winter also sees one of the country’s most spectacular festival – the Quebec Winter Carnival in February, which has been held since 1894, with its own Ice Palace and plethora of winter sporting events, such as ice canoe races.

You may well find that tourist infrastructure closes down in certain parts of the country, although not in the major cities, during the Winter, so it’s best to find out what is available while planning your trip.

Temperatures start to rise across the country during spring as flowers start to bloom. This is the time when you can catch the cherry blossoms, including Vancouver’s Cherry Blossom Parade.

The summer months of July and August are the warmest, making this the most popular time for travelling across Canada, especially for those wishing to venture into the far north of the country. This is also when the Montreal Jazz Festival is held, one of the major jazz music events in the world. Canada Day (July 1st), the equivalent of the US’s 4th of July, is a good time to visit the capital Ottawa.

Arguably September is the best month to visit Canada, as the temperatures are still pleasant and the days long. This is a great time to explore Ontario and Quebec as there tends to be less crowds.

The best time to visit British Colombia, including Vancouver, and the southwest of the country is between late spring and early autumn, especially if you wish to avoid the rains that can dampen the Pacific Coast.

We are a completely independent, multi award-winning travel agency.

Established over 50 years ago, every single holiday is passionately crafted with finesse and enthusiasm by our highly experienced and knowledgeable travel consultants.

We believe travel should be about you, tailored-made with care by people who truly love to travel. We are with you every step of the way, so book your next holiday with confidence.

We are here to help. Our travel experts will organise and book your dream tour, call us today or complete our online enquiry form to start your next adventure.