What does the future hold for the A380? 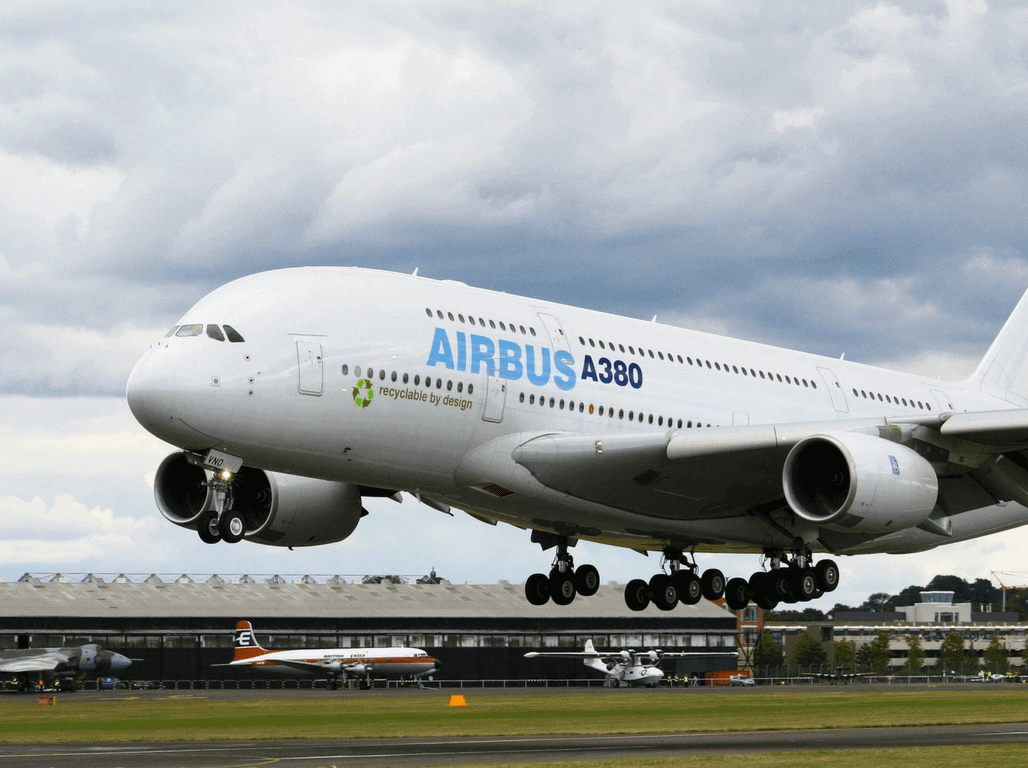 With the opportunity to potentially double the number of customers on one flight, beat congestion faced at so many airports and offer customers the experience of flying on the imposing double-decker design, the A380 superjumbo was hotly anticipated by the travel industry and customers alike. Surely this was the aircraft every airline would be clambering to buy? And it was. Until it wasn’t. No new orders were made for the A380 in just over 2 years and with a potential order from Emirates falling through in December 2017, there was concern about what the future held for the superjumbo.

Back in 1990’s Boeing and Airbus both announced new plans for the aircraft of the future. Taking very different approaches, Boeing was originally working on the Sonic Cruiser, built for speed to replace the Concorde, but with the rise in oil process, they changed their approach and opted for the Dreamliner (also known the Boeing 787) a fuel-efficient aircraft suitable for mid or longhaul which was very adaptable. In contrast, Airbus opted for the A380 focusing on high capacity and bold design, after all, it was the world’s first truly double-decker aircraft.

The A380 came in to commercial service in 2007 and the Dreamliner followed a few years later. The initial launch was much more in Airbus’ favour. The Dreamliner was delayed by almost 30 months and even when it was in service, it was plagued by early technical issues.

18 airlines placed orders for at least one A380, but Emirates has been their biggest customer by far. In September 2017, Emirates took delivery of its 100th A380 and Sheikh Ahmed bin Saeed Al-Maktoum, Emirates’ chairman and chief executive, had nothing but praise for the superjumbo “For Emirates, the A380 has been a success,” he said. “We’ve been able to utilise it at slot-constrained airports, as well as at regional and ‘secondary’ airports where we have grown passenger demand. Each time we deploy an A380 onto a route, it typically stimulates further traffic and demand as travellers are attracted by our flagship A380 experience.” However, a few months later the Dubai-based airline decided to buy 40 of Boeing’s Dreamliners, instead of the 42 Airbus A380’s they had on order. With concerns over whether the production of A380’s would stop over the next few years without any new orders, there must have been a big sigh of relief when Emirates agreed a deal for 36 additional Airbus A380 aircraft (20 firm orders and 16 options) in mid-January.

With Singapore Airlines retiring their first A380 after 10 years of service and Malaysian Airlines deeming their six A380s surplus to requirements and utilising them to transporting Muslim travellers on the annual Hajj pilgrimage to Mecca, it only seems the tide has turned. But why?

After those difficult first few years, it seems the Dreamliners focus on fuel efficiency has won out in these times of intense competition and cost control. Compared to the Boeing Dreamliner and Airbus A350, the A380 is not as fuel efficient and requires significant customer demand to a destination to ensure every flight is at full capacity to make a profit.

Potential opportunities for the A380

Before the recent Emirates order, Airbus had delivered 222 A380’s and had another 96 unfilled orders (of which around half have been predicted to be cancelled) and were looking for new opportunities to stimulate demand. Whilst the recent order will stem the need to look into these immediately, Airbus’ reliance on one airline to keep the aircraft in production clearly is something that needs to be addressed.

New business models – Amedeo, an aircraft leasing company, has come up with a potential solution. They currently have 8 A380’s in their fleet with a further 20 on order. With no airlines interested in leasing the aircraft they announced in November last year that are looking to trial a new business model. They will operate the aircraft using their own cabin crew but passengers would buy their tickets through other airlines or even other travel companies such as Airbnb.

Low-cost long-haul – Traditionally it is scheduled airlines that have invested in the A380’s but with the potential for up to 868 economy seats and the consistent growth in the longhaul low-cost sector, there could be potential for airlines such as Norwegian to increase capacity quickly.

VIP – There has been some indication that shorter leases of two to four years could be available to companies wanting to offer VIP transport to customers wanting additional space and luxury.

China – With IATA predicting that China with overtake America and become the worlds biggest travel market by 2022, surely the A380’s suitability to mass markets travel and congested airports makes it a good contender for Chinese airlines and airlines routes flying to China.

So worry not A380 fans, you’ll still be flying on the double-decker for years to come yet. As well as the new Emirates order, in November Singapore announced its super luxury new First class A380 product which they have invested $850m in developing and will be rolling out to their A380 aircraft this year. Plus, with a 2018 list price of US$446m (£324m) per aircraft and 222 having been delivered, most airlines will need to use them for a long time to get a return on their investment.