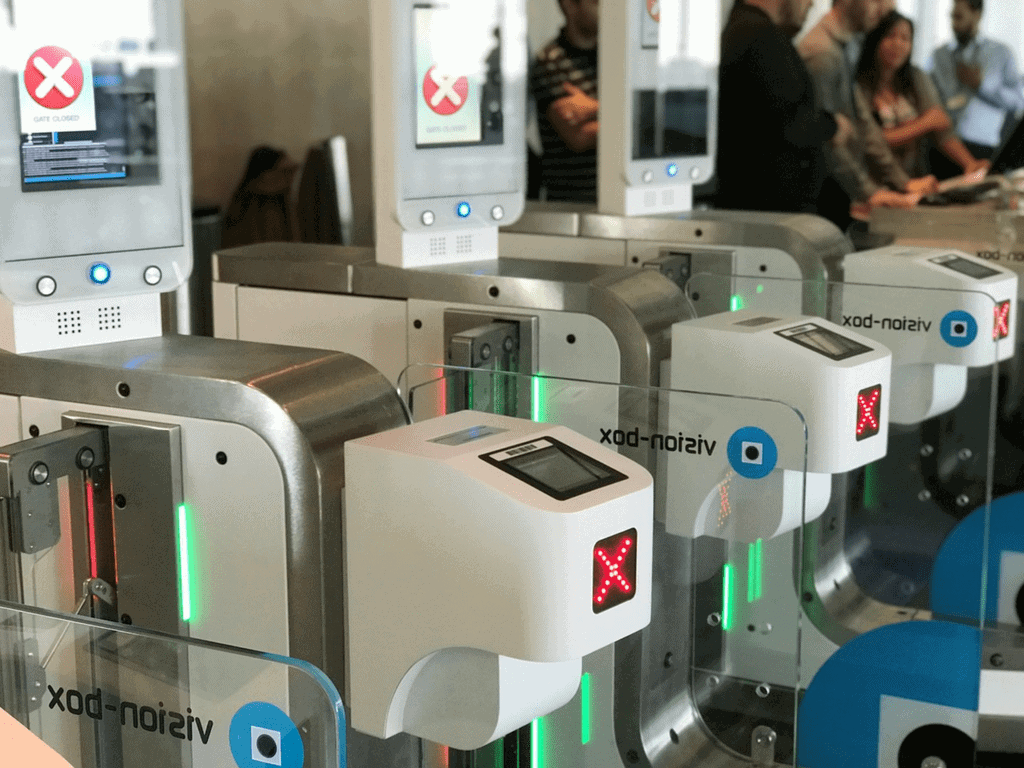 Up until now, British Airways has been the main airline in the UK pioneering self-boarding gates as the future of travel. However, recently Gatwick and easyJet announced that they were partnering to trial the first ‘end to end’ biometrics trial on international flights departing from a UK airport, indicating this is a development we will be seeing a lot more of in future.

What is the experience?

If you have travelled on a British Airways Domestic flight out of Terminal 5 you will be familiar with the process. Before you go through security you go to an automatic gate where you scan your boarding pass and then your passport. You then look at a camera and biometric technology compares the photo on your passport to your face. The gate then opens and you proceed through security as normal. When you go to the gate to board your flight, you scan your boarding card at the self-boarding barriers and it checks your biometrics again as long as they match, you are able to board the flight.

This trial is going to be active for 3 months on 43 easyJet Gatwick routes and is open to customers who want to use it and are travelling hand baggage only.

British Airways is the only airline that has reported clear outcomes from their trials so far and it will be very interesting to see if easyJet has the same positive outcomes. The idea is that numerous boarding gates could be installed so that customers can board simultaneously rather than having to wait for one or two members of staff.  BA has had impressive results with its international biometric boarding gates trial at Los Angeles Airport, with the technology allowing them to board a flight with more than 400 customers in 22 minutes, less than half the time it takes normally.

With customers boarding the flight quickly and efficiently staff are free to deal with issues and resolve them before they start to cause delays. British Airways has attributed a 10 percent improvement in punctuality of domestic flights since introducing domestic self-boarding. If that was rolled out to all Heathrow departures it could have a significant impact on the customer experience.

This one probably depends on why you are travelling and whether you feel the current interactions with staff add value. If you are off on a cruise and want to start your holiday at the airport, the lack of human interaction might be disappointing, if you are travelling for work for the fourth time that week, you might be relieved not to have to make small talk. There is an argument from the airlines that by freeing staff up from doing repetitive jobs technology can do (checking your boarding card etc), they can focus on adding value and creating memorable customer service moments. It remains to be seen if this will be the case or if the removal of touchpoints will just mean less staff and fewer opportunities for airlines to distinguish themselves from each other.

What if it goes wrong?

We all remember the British Airways IT ‘glitch’ – it all but grounded their entire fleet for days. So what happens if we rely more and more on technology and then the technology fails? Airlines will have robust continuity plans and I assume they would revert to manual boarding, but will there still be enough staff to do this?

The Telegraph explored this with both British Airways and easyJet to try and understand how the technology works and if it is in fact, more reliable than a human doing the passport check. The British Airways spokesperson said that ‘biometric facial scan is a bit like taking a map of your unique facial characteristics.’ whilst the easyJet spokesperson explained “The computer checks for an exact match between the person in front of it and the image on the passport. If it isn’t exact then a person performs the check”.

What can I expect at an airport

Prior to arriving at the airport, check-in online in advance where possible, this will limit the interaction and time spent in the check-in areas.

On arrival, you will be required to wear a face-covering for the whole duration of your time at the airport and whilst in the air. Your airline may not allow you to fly if your face is uncovered.

Even if you are a regular traveller, be vigilant, your local airport and preferred airline may have moved things around to manage the increase in social distancing measures which are required, so be aware and take this into consideration.

Whilst nothing has changed with security, it is to be expected that this may take longer due to social distancing and adapting to the new ways of working, please factor this in as part of your journey.

Boarding, will be completed in an orderly manner, usually by row, in order to maintain social distancing. Don’t worry, you have a ticket, so you will have a place on the plane, wait until your row is called before approaching the departure gate.

*If you are travelling to the UK you will be asked to complete an online form https://www.gov.uk/provide-journey-contact-details-before-travel-uk at least 48hrs prior to travel, refusal to do so could result in a fine and continued refusal will result in not being allowed to enter the UK.