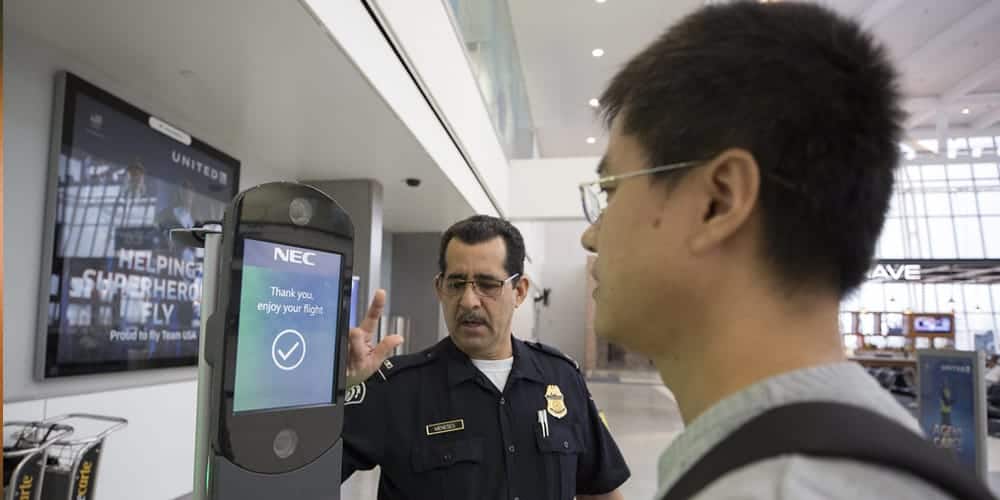 Some see it as the dark onset of dystopian sci-fi; others as another big leap into trouble-free travel – either way you view it, facial recognition is on its way to revolutionising the way we pass through airport security.

As any frequent business traveller knows, passing through airport security traditionally requires a passport or other valid travel document (an American driver’s licence is sufficient for domestic flights in the United States). In recent years, touch-pad fingerprinting or eye-scanning have been added as a biometric safeguard.

Facial recognition technology has been in use in some airports for some years now, but as a means of identifying and flagging potential terrorist threats – not as a way to increase efficiency for the rest of us. Some form of biometric identification has been required for entry and exit of non-US citizens since 1996.

Now that the technology exists, however, and is even in place in some facilities, experts are looking at other ways the technology could improve the travel experience.

The industry’s vision for the future

The facial recognition system marks over 100 points of reference on each face, and compares the results to databanks, finding a match (if there is one) in the existing files. All it takes to adapt this to a universal passenger checking system, is to add each passenger’s face into the data banks.

The system would instantly and automatically identify the individual, scan records for bookings and other pertinent information, and check the traveller in. Passing through gates would not require any exchange of paperwork at all, either at security checkpoints or during boarding.

This wouldn’t be limited to the airport, either. The same technology could streamline the whole travel experience, including picking up hire cars, checking into hotels, boarding trains, boats and buses, and gaining assistance if in an accident or other emergency.

Facial recognition for airport security in the present

That may still sound like science fiction, but facial recognition technology is already in use, to a limited degree, in a few select airports. Though it began as an anti-terrorism measure, it is being trialled as a way to speed up the check-in and boarding process, and to decrease hassle and stress on travellers.

Heathrow uses facial recognition technology already, for anti-terrorism, and is rolling it out for passenger efficiency improvements as well. Shanghai is using a similar system in its Hongqiao Airport too. America’s John F. Kennedy Airport uses the technology to expedite passenger check-in during high-volume time periods, and Delta has an optional curb-to-gate biometric terminal at Hartsfield-Jackson Atlanta International Airport.

Most major airlines in the US, and many in other parts of the world, are already using (or taking steps toward using) facial recognition systems for airport security.

Criticisms of the system

Criticism of broader use of facial recognition systems mainly stems around data security and protection. In the United States, almost 100,000 photos of travellers and licence plates were stolen from a contractor’s database; the universal adoption of facial recognition systems would put every traveller’s face into the system, along with other information, and a breach of such a database would result in substantial liability and potential damage to those whose data had been taken.

For this reason, the TSA has announced that it will not make this system mandatory for travellers. This may change with time and increased use, becoming as accepted and normal as full-body scanning is in many airports.

As a counter-argument, it is worth noting that passenger information, including photos and other personal data, is already housed on data banks held by governments and private contractors, so the move to facial recognition technology would not, in fact, indicate a significant increase in risk in that regard. In other words, they already have that data in storage, even if you don’t use it as part of your travel.

Benefits of the system

The systems, once up and running, increase the speed and efficiency of airport security and check-in, reducing wait times, queue lengths, and potential errors caused by repeated interaction between fallible and emotional human beings.

Facial recognition software is much more accurate than human beings, too. Even in a face-to-face situation, comparing live people to photographs and vice versa, the software correctly identifies mismatched and fraudulent IDs much more successfully than people do.

How passengers experience it

Instead of showing travel documents, passengers simply stand in front of a face scanner. The system scans each face – not unlike getting a photograph taken – and compares it to the photo already on record with the government. When the correct match has been verified, the traveller is allowed through. If no match is verified, security personnel take over much like in a traditional system. In nearly all cases, valid travellers will pass through quickly, with no fuss, and no need to show travel documents or identification.