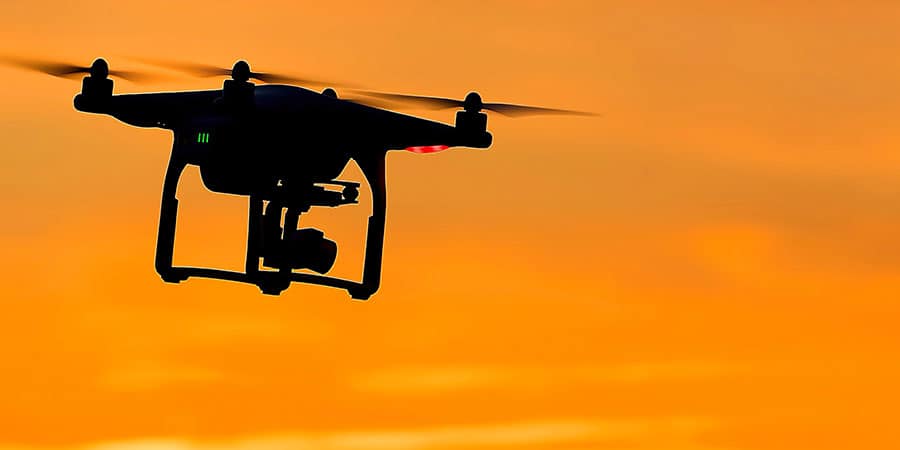 Drones are used today for recreation, security, fire-fighting, and even delivering packages and organs… but there is a more nefarious use of these little machines too. Mischief. Vandalism. Disruption.

Recent drone infiltration of Gatwick’s restricted airspace has caused panic for some, and deep concern for many members of both the general public and the aviation industry. There was no serious damage done at Gatwick, but it has served as a wake-up call that the UK is well behind where it needs to be with regard to drone security and counter-measures.
The pilot of the drone has not been found or even identified. 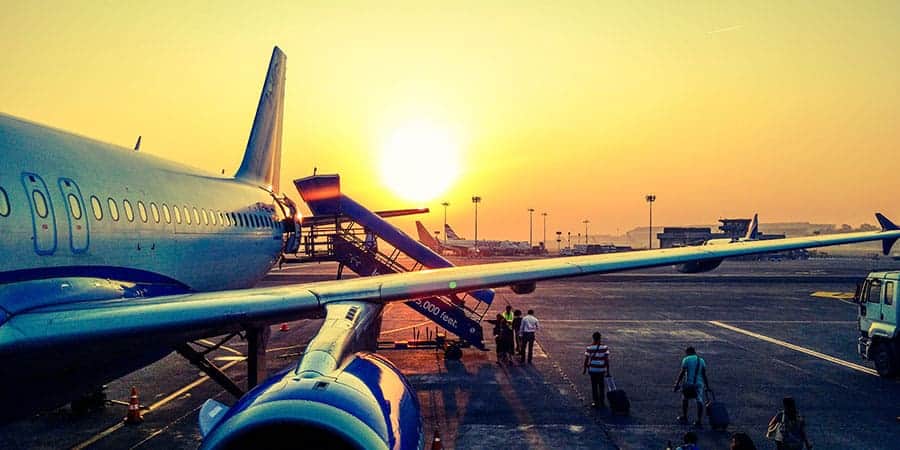 What Would Happen if a Drone Hit a Plane?

Every few days, a plane collides with a bird in the UK. Measures have been taken to make sure planes can survive such a hit and land or continue flight safely. Damage is done, but too little to endanger the craft as a whole.

But if a drone hits a plane, with its heavier, metal parts and batteries, the damage done is considerably more severe. It may not always be enough to bring down a plane – but it could do so. Even an unlikely chance of this causing an aircraft to crash is enough to cause concern – and to prompt security measures.

But there is a greater risk: The weaponisation of these devices.

The drone itself can cause some damage, but if an explosive payload were added, a drone becomes a flying bomb.

This is not science fiction. This has happened already to Venezuela’s President Maduro in August, 2018, when would-be assassins just missed their mark by detonating the bomb too soon, in mid-air. They did, however, injure several soldiers with the weapon, some seriously. This was done with an off-the-shelf drone, weaponised with explosives. Had it been closer to the president, or to the soldiers over whom it exploded, it is likely it would have been lethal.

Drones have been used by ISIS, as well, to drop bombs on their enemies in Syria. All of the technology needed to do this is readily available in the UK as well. Suitable drones come in at under a thousand pounds sterling, and many of the explosives can be home made from common ingredients.

It is a serious and potentially imminent threat, both to people and aircraft. How to safeguard individual people against these attacks is the more difficult of the two challenges, but since terrorists tend to prefer high-visibility and high-drama targets, airport security against drones is of primary concern to most experts.

Airports are in need of some kind of defense against accidental or intentional drone interference, but this is more complex and difficult than at first glance.

Many airports, including Gatwick, employ a defence system called ‘geofencing.’ The problem is that, for around forty pounds, a hack can be purchased online that allows a drone to bypass the electronic barrier.

So what can be done?

This sounds like a simple solution, but the reality of it is that hitting such a small, fast-moving target is not practical. Even seeing a fast-moving drone is difficult. Hitting it is a matter of fluke. Add to this the need for safety – you don’t want the bullets to enter a populated area – and you’d need a ten-mile backdrop behind any shot taken.

This is simply not a reasonable or practical solution. 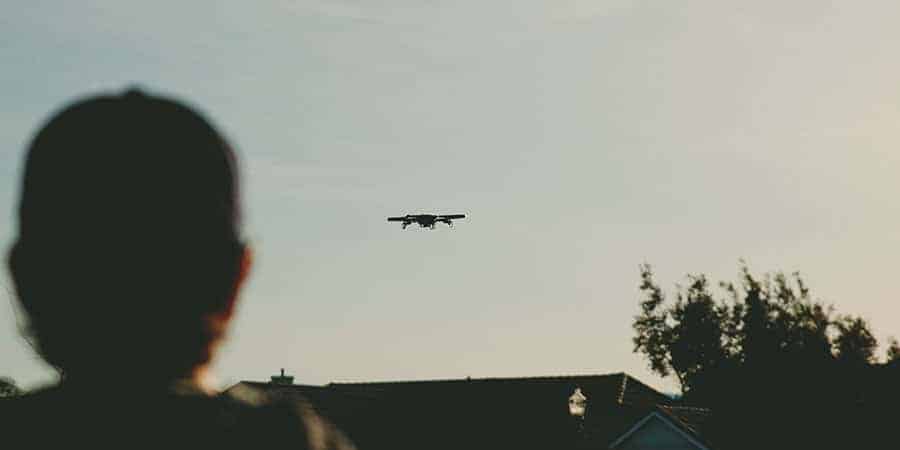 Another strategy is to find and apprehend the operator prior to any damage done. There are systems that are designed to locate operators’ radio signals, triangulating them and locating the operator.

Special, fast-response teams would be on-call to deploy and neutralise the threat.

The first of two main problems with this strategy is that it is difficult to calibrate the system to detect all of the many brands and models of drones, especially since manufacturers are constantly coming out with new drones.

The second concern is that a drone could breach the perimeter, hit a plane (with or without an explosive drone payload) and the operator flee the area before the team has time to scramble and secure the operator’s position. Operators can be a mile or more distance from the drone too, making for a large area for fast-response teams to cover.

Add to this more sophisticated tactics, such as mobile operation, camouflage and armed defence and the problem is even greater. Pilots don’t even need to be able to see the drones, as they can use remote first-person view to effectively see out of the front of the drone. Even knowing the location of a pilot does not mean the pilot would be visible, or easy to get to.

Once the objective is accomplished the controller could be switched off and the signal lost. The last-known location would be all teams have to go by.

Worse still, drones can be automated, which means there wouldn’t even be a pilot to find. 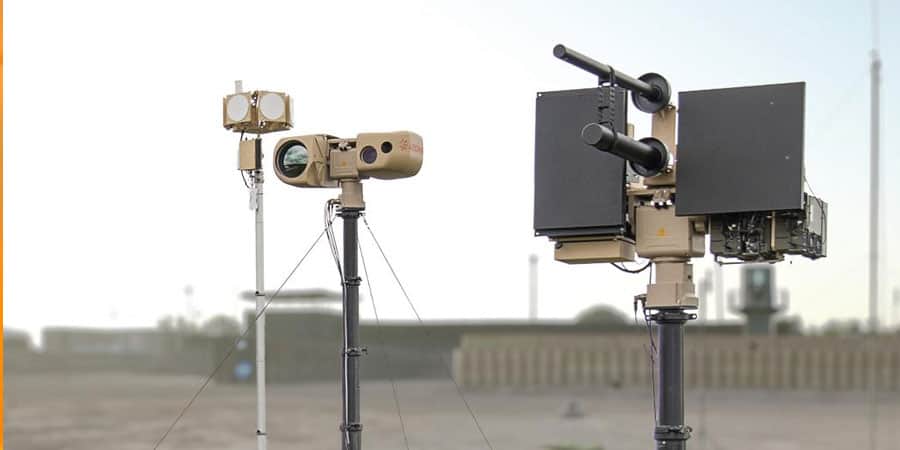 The most promising and effective methods currently available are spearheaded by the military. These tools are not yet regularly available to police or airport security, but were used by RAF personnel on behalf of Gatwick security to stop the problem.

The tools, such as the Falcon Shield System, detects both drone and operator from up to fifty miles away, tracks, and jams drone signals, then control-drops the device from the sky at will.

These systems cost several million pounds each, however, and there are restrictions on their use. They are also ineffective against self-guided drones that do not use GPS.

These drones are not on the general market yet, but they do exist, and will be available soon. These devices view and map their environments, making decisions on where and how to fly based on pre-determined goals and objectives. They cannot currently be jammed.

The most advanced tool for taking down these drones is an off-road ‘dune buggy’ with a sophisticated laser mounted on top. It would feel right at home on the set of a Bond film, and is controlled by a gaming controller, just like those used for PlayStation or Xbox. Once locked on, the laser turret tracks the drone automatically, and when the controller’s ‘fire’ button is hit, the laser hits and melts the device in seconds, dropping it from the sky.

As long as any explosives attached to the drone do not detonate, the weapon is neutralised.

Outlining these facts may seem like fear-mongering, but the issue is real, imminent, and the consequences potentially immense. Protection is needed for airports, sporting facilities, schools and government buildings – and the general public in any open space.

Effective defences cost millions of pounds each. Some facilities – including Gatwick – are investing in them now, but this is an arms race driven by a growing recreational droning industry, various militaries around the world, and several aviation and distribution industries as well.